KitKat lost its trade mark case: what you need to know

Picture your favorite chocolate treat. The brand, the packaging – and sometimes the shape of it – will no doubt come to mind. This is the idea behind trademarks: that consumers can easily identify products or services they want to buy from a company they recognize. If a brand can demonstrate this recognition, it is known as being “sufficiently distinctive” in the market.

Trademarks not only protect consumers with quality and consistency, they also provide a significant business advantage. Other companies can’t use these marks because that would confuse customers and possibly cause reputational or financial damage to the original brand.

Due to the potentially indefinite duration of protection, trademarks can confer significant brand value, so many popular brands have become involved in lengthy court cases when competitors challenge a mark’s validity. As the EU is global in world chocolate production – and consumption – this is no trifling matter for confectionery companies.

In July 2018 the more than a decade-long legal battle to protect the “four-fingered” shape of Nestlé’s KitKat bar concluded with KitKat losing its appeal against Kvikk Lunsj (owned by Cadbury, now Mondelez) a Norwegian four-fingered chocolate biscuit. KitKat’s EU shape trade mark is annulled, meaning the Kit Kat shape is no longer a valid trademark across the EU. It is now only valid in member states where Nestlé has made a successful application as a national trademark. 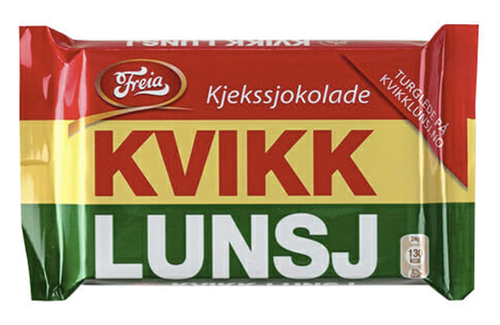 Some may be surprised to learn that chocolate is a highly litigious subject. A case for Lindt’s gold-foiled chocolate bunnies failed on distinctiveness, and Poundland’s “copycat” Toblerone bar, Twin Peaks, was settled out of court.

Outside of chocolate, litigation has also arisen from less digestible shapes such as London black cabs and LEGO blocks, in both cases where trademarks on shape were unsuccessfully defended.

The dispute over shapes is complex in trademark law. It can be a more straightforward prospect to protect a word as a trademark – and the KitKat name itself is. Marks like KitKat are inherently distinctive, meaning they’re made up, so only have meaning in relation to that brand. But in the case of shapes, distinctiveness may need to be acquired through commercial use and the average consumer associating the shape with the brand. So with the KitKat shape, the court considered whether the use was proved to acquire distinctiveness.

Generally, longevity in a mark is helpful with proving aspects of distinctiveness, but both companies have used the shape in their confections for a long time. KitKat began using the shape in 1935, and Kvikk Lunsj two years later in 1937 (although Nestlé only applied for trademark registration of the shape in the EU in 2002).

A shape may come to mind when identifying the product, but KitKat runs into problems here because the shape is not visible when you pick it up in its wrapper. Since an average consumer must be able to recognize the brand by a clear and precise trademark, this can present a higher hurdle for the shape.

An application may be refused or challenged for many reasons, but one creative challenge to the KitKat shape came in the UK courts in 2015, when Cadbury argued that the KitKat shape was all to do with a technical or design issue rather than an identifying brand feature – that is, it was designed to allow consumers to easily break one bar into four smaller parts. So if the four-fingered shape was actually fulfilling a function, it couldn’t be a trademark.

Ultimately, the most recent European Court of Justice (ECJ) decision came down to sufficient distinctiveness. Companies can apply for a domestic trademark at their national intellectual property office, but how would sufficient distinctiveness be proved when applying for an EU-wide trademark? An applicant must show that the mark is commonly recognized throughout the European Union, under the EU Directive 2015/2435. 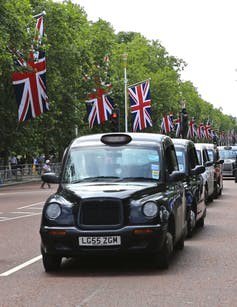 London black cabs were not deemed sufficiently distinctive in court for a trademark.

The EU Intellectual Property Office (EUIPO) granted the KitKat shape mark in 2002 on the basis that KitKat had achieved recognition in ten of the then 15 EU countries. But this newest ECJ decision found that, if the EU coverage is insubstantial or omits a single member state, then the mark hasn’t been proved to have acquired distinctiveness.

The ECJ decision in many ways is a pragmatic solution, given the challenge of achieving consumer recognition in 28 individual countries. But current trademark registrations granted on a similar basis as KitKat may also leave existing EU trade marks open to challenge.

This may be good news for chocolate lovers looking for variety in their “technically functional” treats, as there will be more opportunity for competitors to enter the market – although Nestlé still has national trademarks in some countries. It is also likely that, given the stakes, Nestlé will refile for their EU KitKat shape trade mark using new criteria that proves EU-wide distinctiveness in line with the framework of this latest decision. 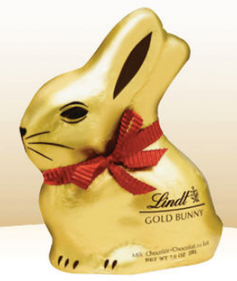 Like KitKat, Lindt’s gold foil chocolate bunny was not considered sufficiently distinctive by the courts. Lindt

The trademark annulment will surely impact the EUIPO’s consideration of applications for trademark registration and of trademark oppositions, as this decision holds that proving distinctive character in a substantial part of the territory is not enough.

Shapes, in particular, are a challenge to protect under trademark law, and recent decisions demonstrate how difficult it can be for a shape to acquire the necessary level of recognition and brand association. New applicants for trademark protection should perhaps seriously consider creating a mark that is inherently distinctive, rather than a mark that needs to acquire protection through use, like KitKat.

Megan is a lecturer in law at Lancaster University and is interested in all things intellectual property law, technology policy, and cultural heritage. Her current research broadly concerns contemporary issues in copyright, such as user perceptions of ownership in virtual worlds, legal and cultural impacts of digitization, and commoditization of subcultures.

Megan Rae Blakely does not work for, consult, own shares in or receive funding from any company or organization that would benefit from this article, and has disclosed no relevant affiliations beyond their academic appointment.

Howard Hughes sadly died on April 6th, 1976 at 70 years of age. However after many lawsuits, and multiple faked ...
Learn More

Parents strive to be fair with their children. When setting up an estate plan, parents typically divide their accounts property ...
Learn More

Bette Davis was one of Hollywood's "golden age" heroes. Her uncompromising intense style and determination to be known as more ...
Learn More

Let Us Know What's Going On

We'll do our best to help.