Protect What Matters Most
Schedule a Consultation

For many years, pursuing a career in law was not an option I considered for myself. I came from a family of lawyers and had a strong desire to follow my own path. Thus, I obtained a Bachelor’s degree in psychology from The Ohio State University, earned a Master’s degree in clinical psychology from the University of Dayton, and entered a doctoral program for clinical psychology at the University of South Carolina. About a year and a half into my doctorate program, however, I came to the hard conclusion that a career as a psychologist would not permit me to have the type of impact on people’s lives that I wanted. Don’t get me wrong, psychologists are exceedingly helpful to many people. However, I realized I wanted to help people who had suffered damages due to the negligence and/or intentional wrongdoing of others. Consequently, I determined the way I could best help people in the manner I wanted was through the law. Let me explain…

The mind fascinates me. It always has. So, when pressed to select a field of study, of course, I chose psychology. Later, I realized that the only practical application of psychology which interested me was research and, really, that would not directly affect the average person on an individual, person by person basis. I would simply be writing academic journals for the pleasure of other psychologists, and I thought, “What’s the purpose of understanding psychological theories if they don’t have a tangible and direct impact on the lives of the people I work with?”

I wanted a career that would allow me to advocate for the people I worked with and obtain concrete, tangible results on their behalf. Although I considered a variety of professions to pursue, I ultimately concluded I could best serve others through my father’s own profession: the law.

Growing up, my father had explained to me that his passion for the legal profession started when a young boy in his neighborhood had lost his life when a safety mechanism on some farming equipment failed to work properly and the boy was crushed to death. My father decided to become a lawyer at that point because he wanted to be able to serve as an advocate for those who were wrongfully forced to sustain devastating damages as a result of someone else’s negligence and/or carelessness.

Since I grew up in a family of lawyers, I was reluctant to follow that same path. I wanted to be “my own man”. That’s one reason I initially chose to pursue a profession other than law. However, when I came to a crossroads in my life seriously examined what my priorities were and what profession would be most fulfilling to me, I ultimately chose to pursue a legal degree.

Although I chose to become a lawyer instead of a psychologist, that did not mean my interest in psychology or the study of human behavior went away. Fortunately, litigation has provided me with an opportunity to combine my interests in psychology and the law to obtain direct and tangible results for the people I serve.

Psychology is, in many ways, the study of the mind and human behavior. The law is created by the human mind and is designed to help affect human behavior so good behavior is promoted and bad behavior is restrained. Litigation affords me the opportunity to apply the law to the human behavior that has resulted in harm to my client. Through my career as a lawyer, I have encountered an extremely wide variety of human behavior and my psychology background has helped me understand and adjust to such variable human behavior to achieve the best results I can for my clients, both in and out of the courtroom. I believe the combination of my psychology and legal backgrounds has been a tremendous asset to me throughout my career as a litigator because it gives me perspective and knowledge that I can use to present my client’s case in the best manner possible.

Not once have I ever regretted my decision. Today, my dual degrees in clinical psychology and law help not only in persuading juries to view a case favorably to my clients, but also in understanding and addressing the psychological and emotional impact the process of litigation can have on my clients. You simply can’t represent clients in matters such as these without being there for them emotionally. Or rather, you shouldn’t. These are incredibly challenging situations for everyone involved and must be treated delicately. This is because you are not only guiding clients through a difficult time today — you are helping them achieve outcomes that could affect both them and their families for years to come.

When you sue someone, many aspects of your life can end up broken. I meet people when they are experiencing a great amount of stress, and they desperately need someone to help them. Through the law, there are a wide variety of ways I can help my clients. Sometimes, the help I provide is purely financial and I worked to get them as much money as I can as compensation for damages they suffered due to the negligence of someone else. Other times, they need someone to just listen to them and provide understanding. Although not common, there have even been times in my career in which I served my clients by helping mend relationships among family members who were involved in a very serious and difficult legal dispute with one another. Let me explain.

My client had sued her three sisters in will contest action, claiming the sisters had wrongfully pressured their father into disinheriting my client. After more than two years of contentious litigation during which the three sisters refused to talk to my client, we were finally able to resolve the dispute through mediation. At the end of the mediation, the four sisters went into a room together to talk privately away from the attorneys. After a rather lengthy period of time, that came out of the room together. It was clear they had been crying together. I’m not certain what went on in that room but when they emerged, the animosity and anger that had existed for years had gone away and was replaced by a desire among all four of the sisters to heal and come together again as a family. I saw them hold hands, hug each other, and cry together. They even notified me they had made plans to get together for dinner. Seeing the sisters come together in that manner after years of litigation and fighting provide me with a great sense of satisfaction and reinforced my decision to become a lawyer.

Today, my dual degrees in clinical psychology and law help not only in persuading juries to view a case favorably to my clients, but also in understanding and addressing the psychological and emotional impact the process of litigation can have on my clients.

Probate litigation can tear families apart, but an attorney who handles the case professionally and respectfully can help facilitate resolutions that allow for healing. Although I realize it is unlikely I will be able to solve all of my client’s problems, and I realize outcomes such as the one that occurred with the four sisters are rare, it is important that I utilize the skill sets I developed through my education and training in psychology and the law to help my clients to the best of my abilities. Sometimes that means getting them as much financial compensation as I can. Other times it is by listening to them when they need to vent, cry, or simply explain the fear they are experiencing as a result of being involved in litigation. I try to decrease the stress and anxiety that accompanies litigation as much as possible. My staff and I work to explain the litigation process to clients and eliminate surprises when we can. I find that by taking away surprises, you take away some of their fear and stress. Although my practice keeps me busy, my staff and I update our clients as often as possible. We strive to make ourselves available whenever our clients need us.

What Keeps Me Going

The strange thing about my job is that almost every person I meet has had something bad happen to them and they need help to obtain justice through the legal system. Although I would rather meet my clients under happier circumstances, I am grateful for the opportunity to try to help them when they are in a time of need. It is nice that I am given the opportunity to help.

Beyond my clients, I owe much of my inspiration to my family. I have a loving wife and two children who motivate me to do my best in all areas of life. When I come home from a long day of work to cook dinner with my wife and watch our children run around the house and play like little maniacs, I am reminded of why I work hard to represent my clients to the best of my ability. I want to help those in need so they resolve their legal dispute and, hopefully, be able to turn their attention and energy toward spending time with the people they love…doing things that make them happy. Ultimately, I believe most everyone strives for similar things…the ability to spend quality time doing things you love with people you love. That is what brings me joy, and I want to use my skill sets and knowledge in psychology and law to help my clients to have the same opportunities with the people they love. So, I will advocate tirelessly until they do. 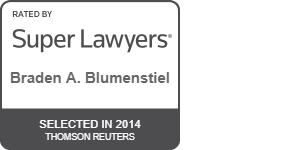 Let Us Know What's Going On

We'll do our best to help.