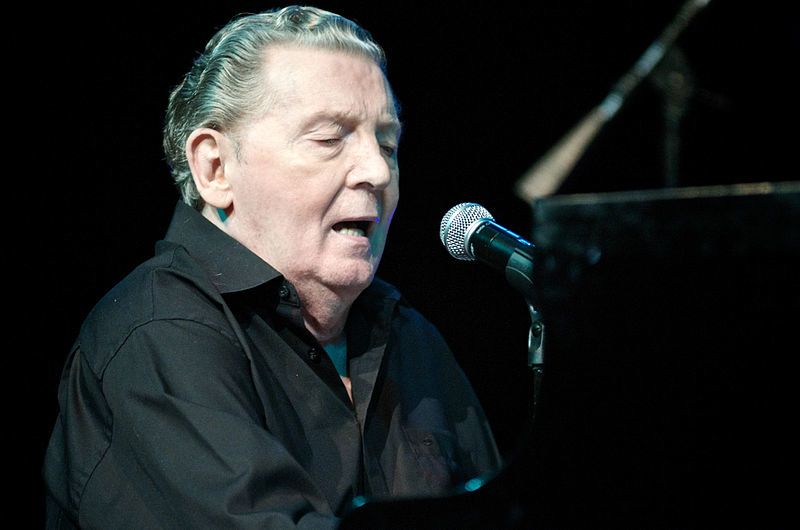 Jerry Lee Lewis passed away in October 2022, leaving behind a large legacy and a multimillion-dollar estate.

While celebrities may seem unrelatable to most, they face many of the same issues the rest of us do. For example, tax planning issues and estate planning worries.

The passing of Jerry Lee Lewis has sparked thoughtful reflections on his life spent in the spotlight. Many are also wondering what will become of his fortune, and his estate. It's speculated that several or his children will be disinherited. Read on to find out more.

Lewis died in his home near Memphis, TN on October 28, 2022. He was 87 years old. Despite a life of substance abuse and other serious health problems, he outlived other music icons of his era such as Elvis Presley and Johnny Cash.

Best known for his song “Great Balls of Fire,” Lewis also had country hits and was a four-time Grammy winner. He is a member of both the Rock & Roll Hall of Fame and the Country Music Hall of Fame. No wonder! He recorded over 40 albums during his career.

Lewis is survived by his seventh wife, Judith Coghlan Lewis. He also had six children - four of which are living:

In the years before his death, Lewis had a feud with his daughter Phoebe and her husband, Ezekiel Loftin. In 2017, Lewis sued Phoebe and Loftin for allegedly taking financial advantage of him, although the suit was later dismissed.

Despite filing for bankruptcy in 1988, Lewis died with a hefty fortune. His net worth was estimated to be between $10 million and $15.4 million.

What Does Jerry Lee Lewis's Estate Plan Look Like?

As estate planning lawyers, we can't help but wonder what Jerry Lee Lewis’s financial legacy will be. We can already see some red flags, ones that may be helpful for you to learn from. Below, we discuss some of the issues we are keeping an eye on regarding Lewis’s estate.

Did Jerry Lee Lewis Write His Kids Out of the Will?

It's a safe bet that Phoebe—the daughter he accused of elder abuse—will be disinherited. This is perfectly legal to do under Mississippi law. However, there is a chance she will not need his money, as Phoebe had her own career in music and film.

We'll have to see how Lewis treats his other surviving children in his estate plan. While many parents choose to leave their children an equal inheritance, the Lewis family’s situation raises the question of what is fair versus what is equal.

Every child has different financial needs. Some achieve great success, while others struggle financially. So, splitting everything equally among children might not always be the fairest approach.

What Did Jerry Lee Lewis Leave His Wife?

Lewis was married seven times, and his marriages were not without controversy. Will he reward his latest wife for her loyalty?

If Lewis did not have a will, then intestate law dictates that his spouse is the primary beneficiary of his estate. Celebrities are not immune to making this mistake; there have been many celebrities who have died without even a basic will.

Assuming Lewis had a will, he still could have left everything to his wife. Or, he could have left her a portion of his wealth. This money could either be given to her outright or set up in a trust to be distributed over time.

Death and taxes are inevitable. However, estate taxes specifically aren't, depending on the size of the estate and lifetime exemption amounts.

The lifetime gift and estate tax exemption is the amount of money an individual can transfer to their heirs without being liable for estate taxes. These transfers can be made as gifts throughout a person’s life or at death.

For 2022, the federal lifetime gift and estate tax exemption was $12.06 million. In 2023, it increased to $12.92 million. Taking the lower-end estimate of Lewis’s net worth, his estate value falls below the 2022 lifetime exemption amount. Assuming he didn't use any of his exemption during his life, he may have avoided estate taxes. For couples, the exemption amount doubles to $24.12 million (2022) and $25.84 million (2023). Mississippi doesn't have an estate tax, so Lewis's family doesn't need to worry about a state tax there.

If Lewis’s wife has money and property that exceed the individual gift and estate tax exemption, she may benefit from the deceased spousal unused exclusion (DSUE) amount. Meant to benefit the surviving spouse, the DSUE enables the deceased spouse’s remaining exemption amount to be transferred to the survivor. In other words, Lewis’s wife would qualify for a $2.06 million DSUE amount based on the 2022 exemption of $12.06 million and his estimated estate value of $10 million.

There is no telling exactly what Jerry Lee Lewis decided to do with his money. His wife and children may be just as in the dark as the rest of us. And there could be some surprises lurking in his estate plan.

It's important to keep in mind that you don't need to be as rich as Jerry Lee Lewis to need an estate plan. Regardless of the size of your estate, you need to make your wishes known. How will your assets be distributed when you pass away? How will your debts be settled? How will you ensure that your wealth ends up in the right hands?

To start planning today, call our office in Dublin, OH at 614-389-9711 and schedule a meeting with one of our experienced estate planning lawyers.

Want to learn more about what goes into an estate plan? Download our Consumer's Guide to Estate Planning in Ohio here.