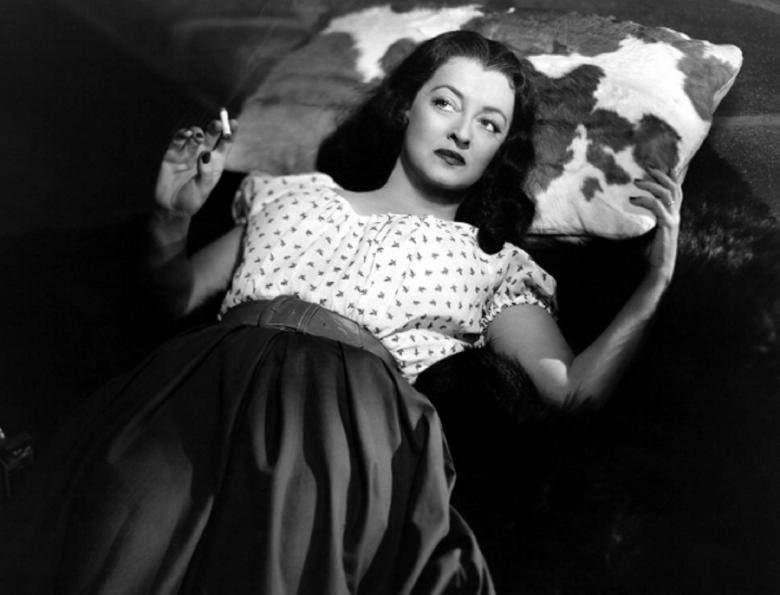 BETTE DAVIS: THIS AND THAT

When you mention “Hollywood's Golden Age” one actress immediately springs to mind.  That is the iconic Bette Davis, star of memorable movies such as “Whatever Happened to Baby Jane?” and “All About Eve”.

She had been diagnosed with breast cancer in 1983, and after undergoing a mastectomy, suffered four strokes.  She gained partial recovery from the paralysis brought on by the strokes and continued to work on film and television.  However, in 1989 it was discovered that her cancer had returned. Davis died on October 6th, 1989.  She was 81.

With a career that spanned over fifty years, the oscar-winning actress was known for her intense style and perfectionism.  She was often confrontational with studio executives, film directors, and other actors, expecting the same levels of commitment and professionalism that she did from herself.  However, she had admitted that her success often came at the cost of her personal relationships, having been married four times, divorced three, and widowed once.

Davis’s net worth at the time of her death was $2 Million after adjusting for taxes and inflation.  According to her last will and testament, Bette’s estate was worth $1 Million.  The bulk of the estate was left to her adopted son, Michael Merrill.  The other beneficiary was her close friend and assistant Kathryn Sermack.  Her daughters and grandchildren had been intentionally disinherited.

Her adopted daughter Margo had been diagnosed with an intellectual disability at a young age and had been in special schools and institutions since she was 3 years old. The will did not specify how Margo would be provided or cared for. There is speculation that a trust may have been created to take care of Margo’s needs but that would not be a matter of public record.

Her other daughter, Barbara Hyman, had written a tell-all book “My Mothers Keeper” in 1985.  In the book, she described Davis as an “abusive, domineering and hateful mother,” and “a grotesque alcoholic”.  Many have disputed Hymans claims, and it was highlighted that Davis had financially supported Hyman and her family, even saving them from losing their house.  Their relationship never recovered.  Hyman did not contest the will.

Merril and Sermack went on to establish The Bette Davis Foundation, which awards college scholarships to promising actors and actresses.

Unlikely as it may be that your child will write a tell-all memoir of your life together, we understand that not all family relationships are created equal.  If you have any concerns about your trust and estate planning options, no matter what your situation, The Law Offices DuPont and Blumenstiel provide forward-thinking estate planning services that will ensure peace of mind for both you and your loved ones.  Contact us today to schedule an appointment.